Fresh off the news of the North Dakota squirrel that packed 150 pounds of walnuts in the engine bay of a Chevy Avalanche, our virtual travels of the internet today turned up an even stranger animal infestation — a large number of “frenzied” foxes that are damaging cars and prolifically pooping in an English town.

Courtesy of the County Times in West Sussex, south of London, comes the tale of some less-than-fantastic foxes — dozens of them — that have been terrorizing the town of Horsham for the past six or seven months. According to residents, the foxes have chewed through wiring and brake lines on parked cars.

“These foxes go on frenzies. It is just hideous,” one Horsham resident told the Times. “We have counted about 36 foxes in a neighboring garden.”

Foxes are omnivores, but at first blush it seems hard to believe they’d have a taste for brake lines. Would not a more reasonable explanation be that the foxes are hunting rodents, which are widely known to damage engine bays? Or maybe they’re going after the English cousins of that industrious North Dakota squirrel?

Well, it turns out this has happened before, five years ago in Tunbridge Wells, east of Horsham, where a wildlife official had an explanation at the time — saying that teenage fox cub “hooligans” like to get “under cars and snap away at all the cables when they are hyped up.”

The wildlife official said fox cubs are attracted to the smell of brake fluid. But it seems they can’t hold their drink — ingesting brake fluid would explain all the fox vomit that Horsham residents are encountering.

The damage to vehicles has been so repeated and so extensive that residents feel terrorized. Some 30 vehicles were reported damaged just on one street, with some residents saying repairs have cost them as much as £9,000. That’s over $12,000.

Car owners have resorted to wrapping their vehicles in tarps, which doesn’t sound like much of a deterrent to a creature that can chew through brake lines. Residents also report that fox poop, along with the aforementioned upchuck, is pretty much everywhere.

The sheer number of foxes, even in the heart of cities — below is a photo of one at 10 Downing Street in London — might explain why the fox hunt was such a thing in England before it was banned in 2004 (well, not entirely banned, as it sounds like there are lots of loopholes). Or maybe the ban explains the sheer number of foxes. Maybe Horsham residents need to line up some aristocrats to tally-ho their problem away, because they’ve been unable to get an agency inside or outside of government to help.

But that’s just a suggestion. As a fox once said, ““I understand what you’re saying, and your comments are valuable, but I’m gonna ignore your advice.” 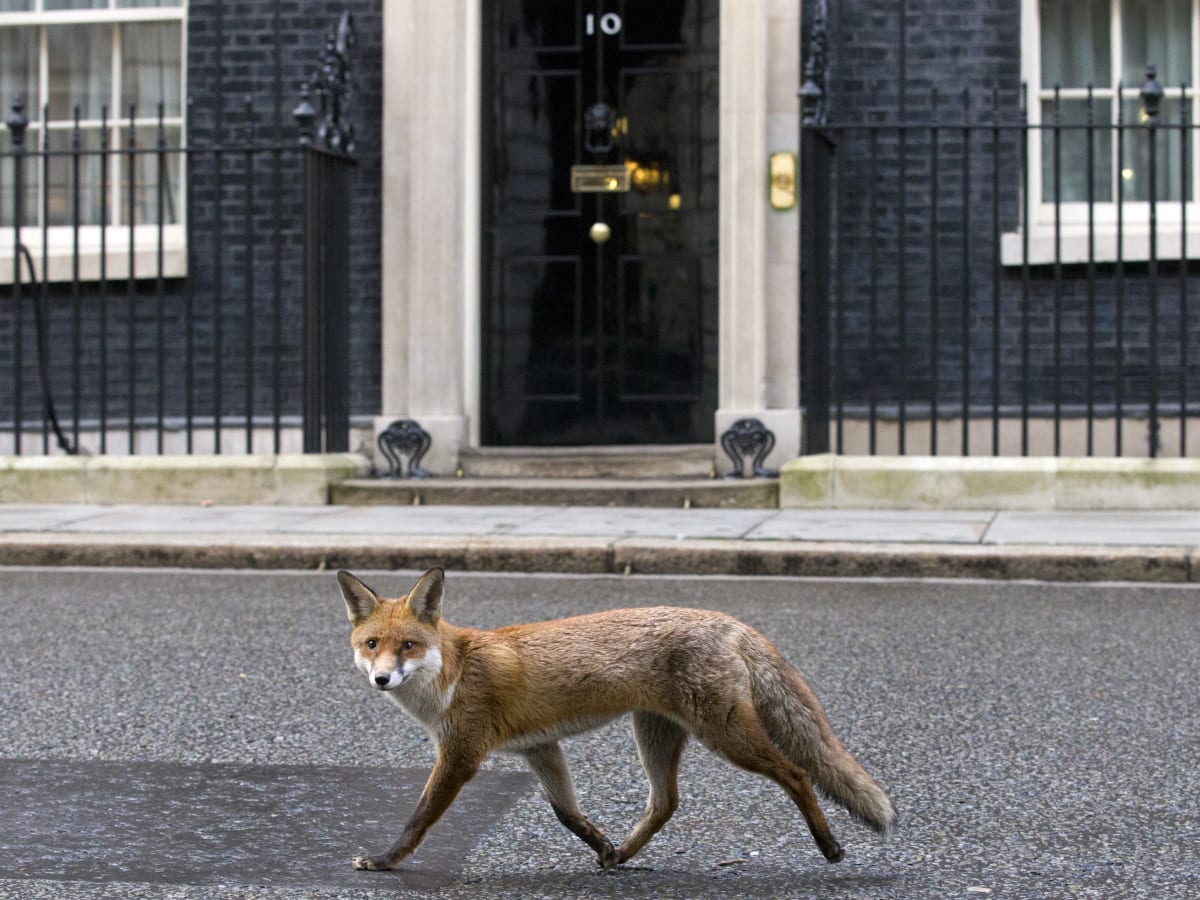