Tesla surpasses a whole index worth of energy industry leaders

Tesla Inc.’s market value has surpassed that of the entire energy sector it promises to disrupt.

The electric vehicle giant headed by Elon Musk surged 43% in October, which helped propel its market capitalization to $1.2 trillion, higher than the $1.1 trillion market value of the S&P 500’s energy sector. 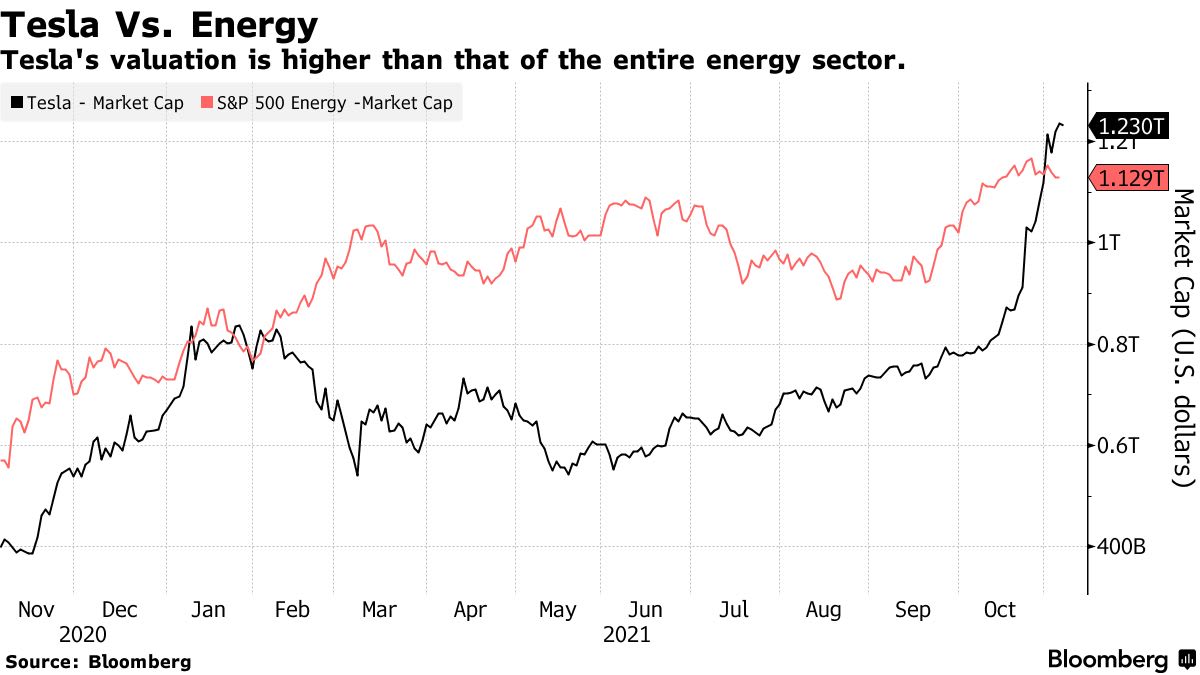 The move demonstrates the power a small handful of stocks have over the U.S. equity benchmark index, said Bloomberg Intelligence strategist Michael Casper, in a note. Although the energy sector, which contains 21 names, is the best-performing group of the year, its market influence pales in comparison to the mega-cap companies.

The top six stocks in the S&P 500 make up 25% of the index, according to data compiled by Bloomberg. And though Tesla currently has less influence on the index than the energy sector, that conceivably could change if the stock continues to climb.

“Though Tesla’s index weight of 2.5% falls just shy of energy’s 2.8% (due to the S&P 500 using float shares to determine weightings), it demonstrates the shifting dynamic from correctly predicting sector movements to getting the call on individual stocks right for active managers,” said BI’s Casper.