Interesting guy, Jeff Goldblum. With a wildly successful career as an actor stretching from 1974, when he debuted in his first role as Freak #1 in the film “Death Wish,” to several pre-production credits in 2022 (thanks, IMDb!), Goldblum has 139 acting credits on his résumé. We know him best for unforgettable roles in blockbuster films like “Jurassic Park,” “Independence Day” and “The Fly,” and with such a diverse background, maybe we shouldn’t be surprised that Goldblum isn’t just interesting, he’s also interested. In just about everything, it turns out.

That’s where the National Geographic series “The World According to Jeff Goldblum” comes into play. Currently on season 2 and airing on Disney+, the documentary series follows Goldblum as he satisfies his curiosity on a wide variety of topics. The one we’re most interested in is slated to air on January 19, simply titled “Motorcycles.”

We briefly sat down on the phone with Goldblum to dig into the details of the upcoming episode and why his eccentric nature led him down a two-wheeled path in the first place.

The following interview has been edited for clarity.

Autoblog: You really seem to have a lot of trepidation when it comes to dangerous activities in general — and that would include riding motorcycles. What made you interested in the topic of motorcycles to start with?

Jeff Goldblum: Well, the great people at Nat Geo and Nutopia had a list of things, and I talked about my past histories with them. And having to ride them in a couple of movies … most prominently in my memory in my professional life, “Nashville.” And that was a crazy experience, I didn’t know how to ride, so I took up lessons in New York and was riding around the streets of Manhattan, and finally found out once I got in Nashville that I’d failed the test. But then the contraption that they had me on, that three-wheeled thing, was really like a stick shift — like a stick-shift car — which I also didn’t know how to drive. So I started to learn how to do that!

Jeff Goldblum in a scene from the 1975 movie “Nashville.” 🎬 🎥 pic.twitter.com/mQ7pZqcziz

So I had a little experience with it. And then I remembered in the course of thinking about motorcycles it came back to me that my cousin seemed to be part of that counter culture in the mid-Sixties — he had a big beard, and was in this exotic atmosphere — and he said, “Jeff, come down here,” and I was like 11 or something like that, “and ride on the back of my motorcycle.” And I went around the block with him or something like that, and I think that was my first experience.

I had my own particular areas of adventurousness. You might say that going into acting was adventurous and kind of risky for me. But driving, even driving cars, I was never hankering or chomping at the bit at it before I left Pittsburgh. And then once I got to New York, you know I was getting around by subway and all that. It wasn’t until I got to California in my early- to mid-twenties that I started really driving a car.

So yeah, it’s not something that thrilled me, and I didn’t want to get hurt. That’s for sure. Statistics will tell you that it’s a little riskier to drive around on a motorcycle. I had another friend who got into an accident on his bicycle, for heaven’s sakes, and I was like, ‘Hey, you know, you might want to rethink the thing … I know it’s a lot of fun for you, but one of these days … it’s always a trade-off I guess.

Autoblog: Yeah, for sure. I definitely got that sentiment from your episode. You know, I just read a new statistic that riding motorcycles is actually less dangerous than riding horses. That actually surprised me as someone who has ridden motorcycles for 30 years now. Because motorcycle riding is in fact thought of as a dangerous activity.

Autoblog: And that actually leads me to my next question. In the show, you did actually get on a bike and ride, starting with a dirt bike, albeit at low speeds and in first gear, but you did ride it. And then toward the end of the episode you got on a trike. It looked like maybe that was a Volkswagen-powered, or was it a proper Harley-Davidson-powered trike?

Jeff Goldblum: Yeah, I’m not sure. It was a little bit like the one I rode in Nashville, I think, but yeah, it was fun to be on those again. 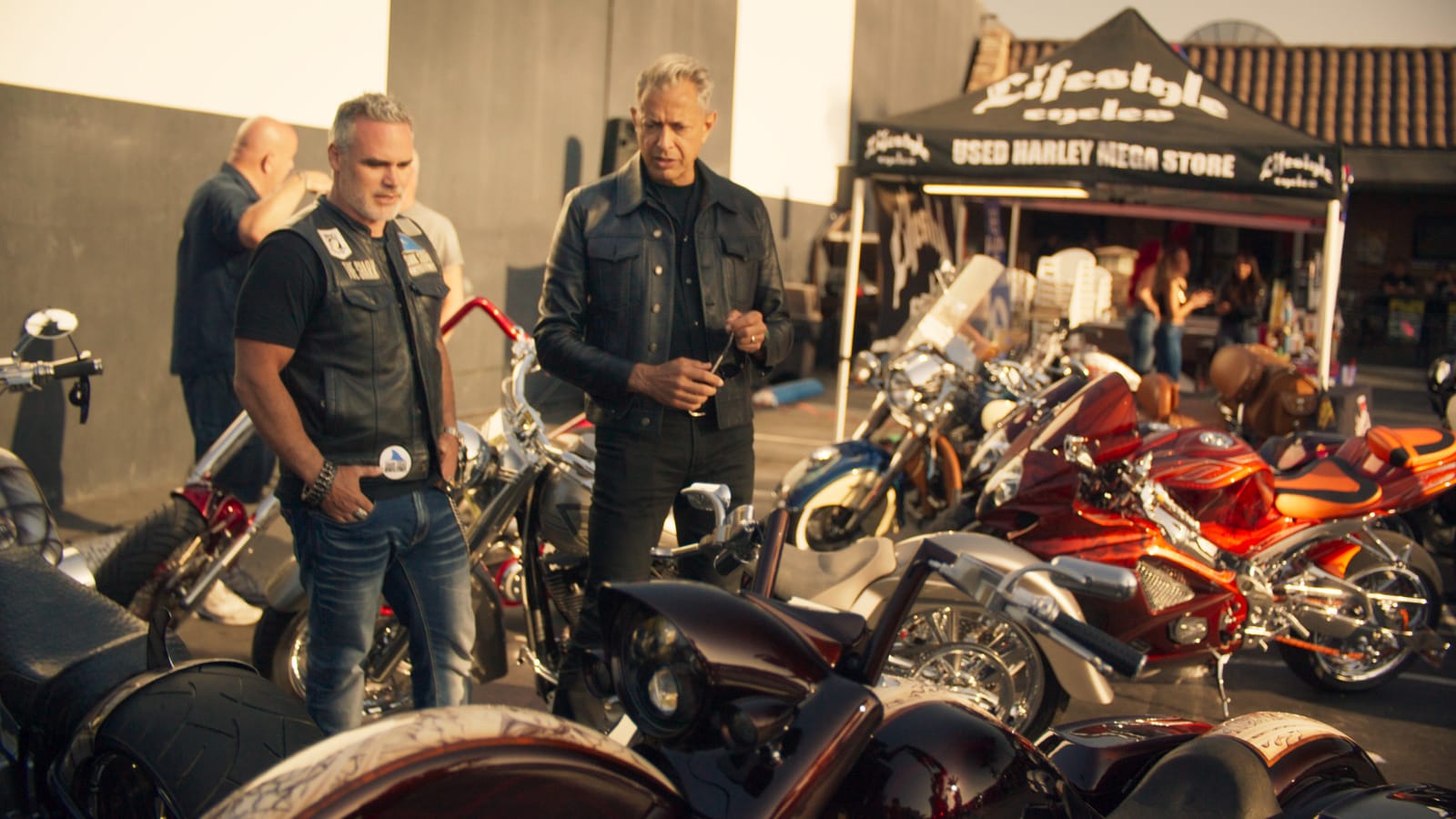 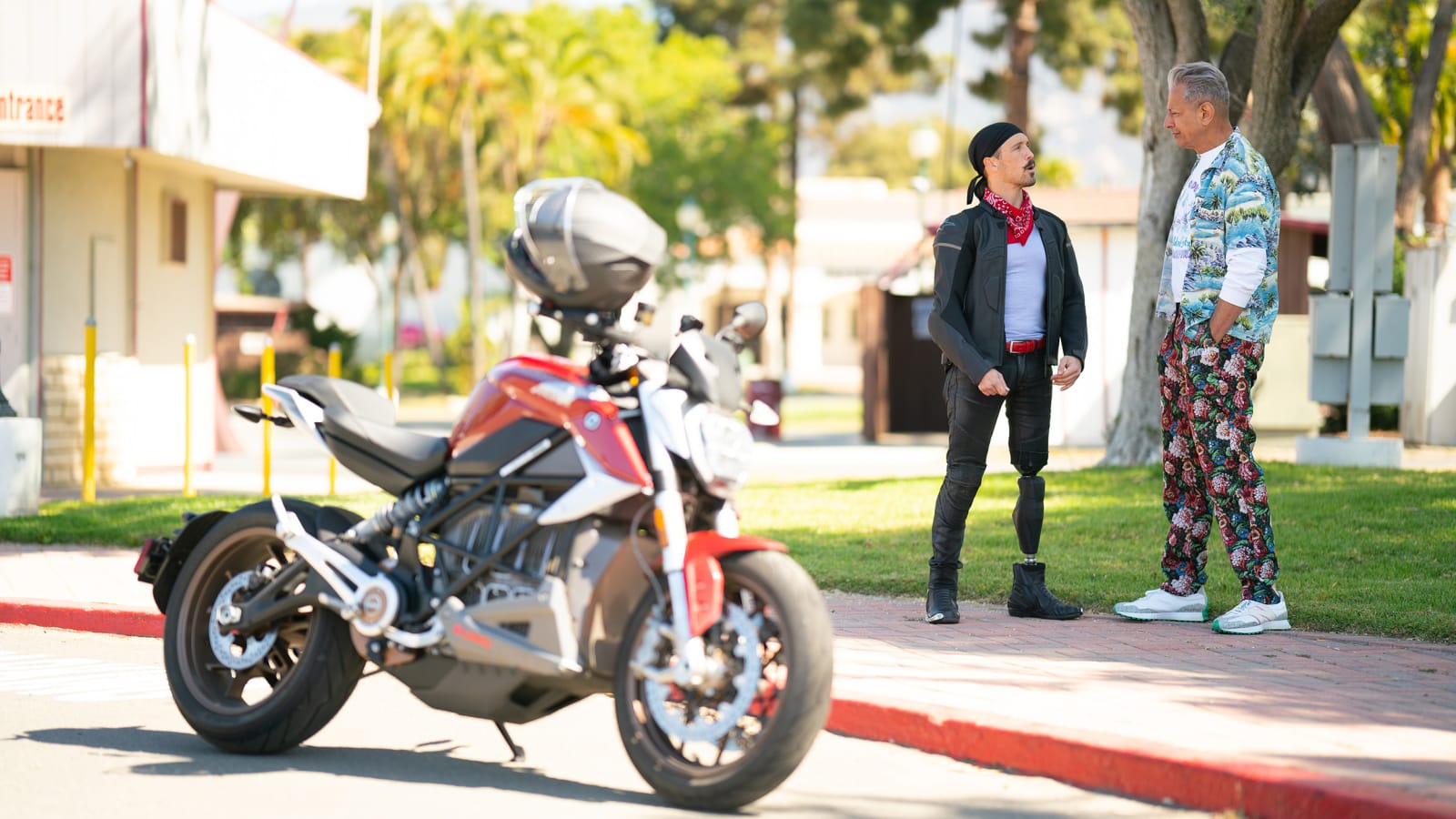 Autoblog: So you did get on a bike and ride again. How did it make you feel? Did you actually enjoy that?

Jeff Goldblum: I did! I did. Actually, the last one that was used, like the one I did in “Nashville,” was enjoyable. I was along with that group, and we were kind of caravanning headed down those streets, and that’s a lot of fun. It kind of reminds me of being back with Roger Altman and that crowd when we made that movie. So that was fun.

The other one, I didn’t get really masterful enough to for it to be fun fun fun, but I could remember a little bit and get around. And I enjoyed being with those women who taught me. It was fun, yeah, it was fun.

But horses, yeah, you’re right. I’d get on motorcycles sooner than I’d get on a horse!

Autoblog: I’m glad to hear you enjoyed it! I started on dirt bikes myself, and I’ve got to say what they said on the show, ‘dirt don’t hurt,’ that’s not true. You can totally get hurt on dirt!

Jeff Goldblum: I’ll bet! But I bet I’d really love them if I gave them a chance, because, you know, cars were never all that romantic to me, but bicycles — when I started to ride bicycles and could, you know, increase my speed beyond walking, and the distance I could go away from home, it really felt like I was on my own and that I was having a grand adventure.

I bet you get that same feeling. Like, a lot of movies, “Easy Rider” and “Lost in America” where they were inspired by “Easy Rider,” and Steve McQueen riding around in “Great Escape” and Brando in “Wild One.” You know, boy, that was great. 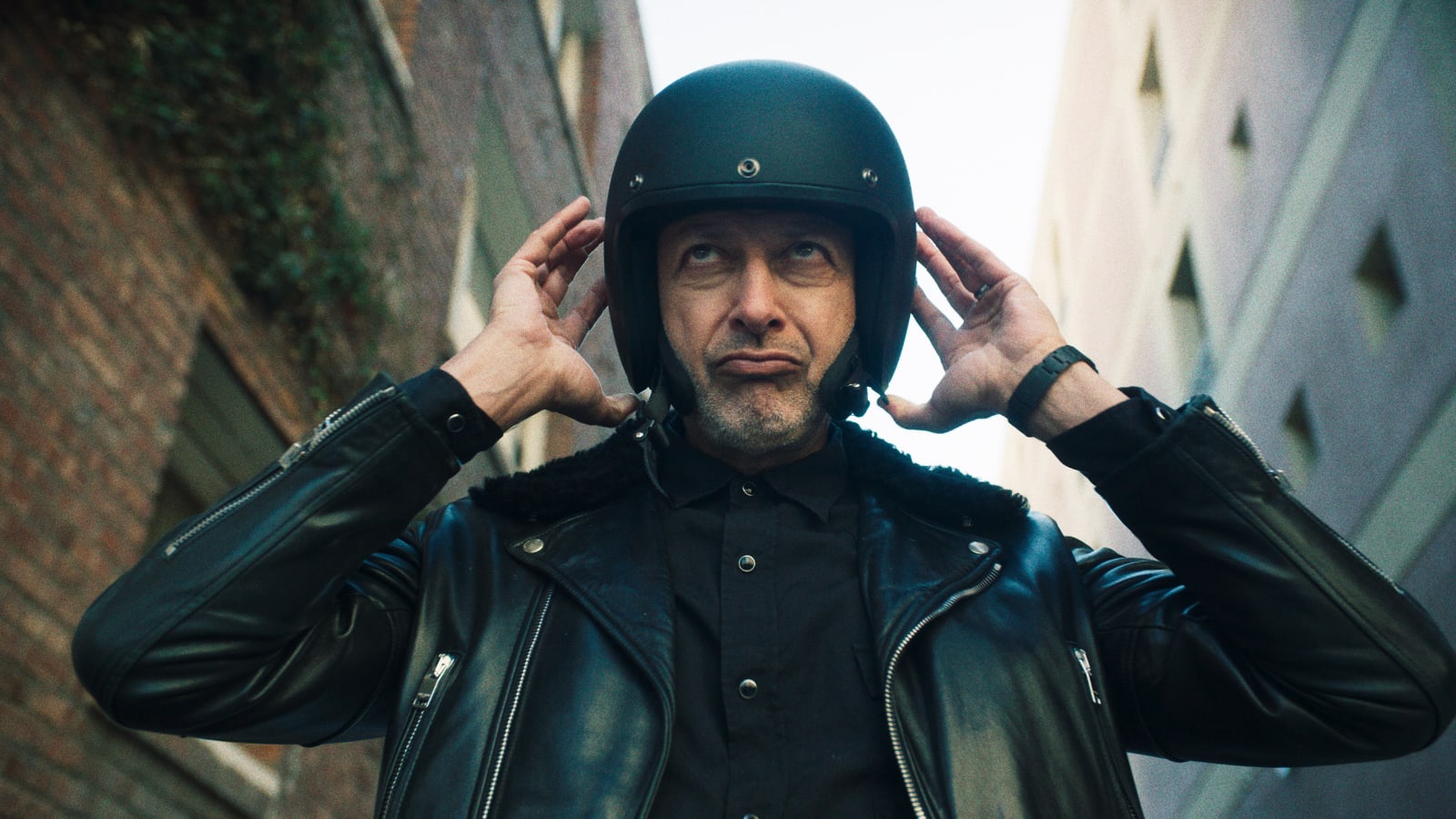 Autoblog: Right. Well I’m glad to hear you enjoyed it. Now that the show is over, do you have any intention to throw your leg back over a bike and keep riding?

Jeff Goldblum: Huh, you know, I have no immediate plans. I would be — and one of the upshots that I show — is that it’s such an inviting, and cordial, and delightful, and diverse and interesting community. And feeling like part of that family was great. So, I’d like to stay in touch with them, and yeah. I wouldn’t mind it, under the right circumstances, it could be a whole lot of fun.

Autoblog: I’m glad to hear that. As a followup question, would you have any advice to anyone else who is new to riding that is giving it some thought?

Jeff Goldblum: Well, I would say give it some careful thought and read everything you can, spend some time in a safe environment before you swing out, you know. And just make it as safe as you can, and learn everything about it. It seems that motorcycle riders know more than drivers of cars — they know more about the machine, because they might find themselves broken down and they’ve got to fix it. I’m sure you’ve read that book, “Zen and the Art of the Motorcycle.”

Autoblog: Of course, sure.

Jeff Goldblum: That’s really interesting. I remember Keenan Wynn, another actor in “Nashville,” said he was very interested in reading, and he loved bikes, and he said, ‘I remember this great, legendary stunt person, said to me, ‘Hey, when you have the feeling that you can drive it, that’s when to sell it.’ When you feel so comfortable that you say, ‘Hey, I can master this…’ You should always feel like a beginner and that there’s more to learn. And humbled by the odds of the road.

Autoblog: I wonder if that was Bud Ekins. He’s a famous stunt rider and actor in Hollywood and worked with McQueen.

Autoblog: I’ve got an Indian FTR 1200 motorcycle for testing parked in my driveway now, but it’s starting to get pretty cold to the point that I’m probably not going to ride it much more this season.

Jeff Goldblum: Well if you do, bundle up.

Autoblog: I will do that! Well, thank you for taking the time to talk to me. I really do appreciate it.

Jeff Goldblum: You’re so kind, thanks a million. Have a great evening.